The Influence of Paul on the Beginning of Christianity

Our next meeting, on Monday 5th September, will be expertly guided via DVD by American Professor Bart Ehrman, who will explore the influence of the Apostle Paul in marking the beginning of Christianity as a non-Jewish world religion. The author of six New York Times best sellers, Ehrman is a University of North Carolina New Testament scholar with a particular interest in the development of early Christianity. Those who’ve managed to read the hard-hitting novel Damascus may like to give their reflections on author Christos Tsiolkas’ portrayal of the life and times of Saul/Paul, and how they align with Professor Ehrman’s non-fictional account. 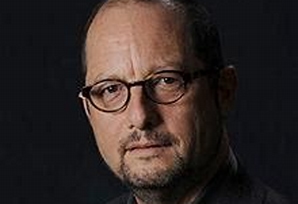 As usual we’ll meet in the Function Room at Azure Blue (91 Anzac Ave., Redcliffe) at 6 p.m., with coffee and chat until 6:30. If you’re not a regular Explorers attendee, please be aware that the security gates at Azure Blue are locked early in the evening, and won’t be attended by a key-card holder until just before 6 p.m. For more information about the group or access to the venue, please call Ian on 0401 513 723. Our meetings are open to everyone prepared to discuss life’s big issues (sacred and secular, theological and philosophical) robustly but respectfully.