Seeking a Fairer World:
Peace, Justice and the Environment. 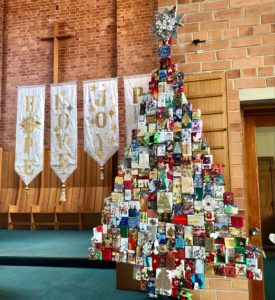 The Progressive Christianity Network of South Australia (PCNet SA) aims to bring together those who seek to explore and express a Christian faith relevant to the 21st century. We actively foster the search for meaning and the development of a contemporary spirituality. A number of events are held each year to assist in this exploration. PCNet SA is located in the Effective Living Centre at Christ Church UC, Wayville, SA.  Christ Church is an inclusive, theologically progressive community that seeks to express a compassionate spirituality. Their creative and encouraging services cater to both children and adults, celebrating the best of the old with the possibility of the new. Their worship music seeks a balance of styles and instrumentation.

SEMINARY OF THE 3rd AGE

The Seminary of the 3rd Age is a program conducted by respected theological scholars and leaders, it offers persons young and old, of any faith or no faith, the opportunity to explore and reflect on questions of faith and spirituality relevant in the 21st century.

Each seminar topic in Sem3A runs for four weeks taking place on Thursday evenings during the months of March, May, August and October each year.

Thanks to Ruth Eldridge for reminding the PCN gathering this week about the wonderful online progressive service each week from St Michael’s in Melbourne. Previous services are also available to view. Also available is the order of service. Enjoy the beautiful music the singer and the worship and message led by Rev Dr Margaret Mayman.

Fairfield Uniting Church is a diverse community gathered around the Jesus Story, coming together to break bread, nurture the vulnerable and challenge the status quo.

We are passionate about the spiritual nourishment of children and feel called into the ongoing development of a JUST CHURCH, which seeks justice, mercy and walks humbly with our god.

Services: Every Sunday they gather around the Jesus Story at 10am (85 Gillies St, Fairfield). They are a welcoming and diverse group.

A progressive faith community of justice-seeking friends in the heart of Sydney.

Start your tour of Pitt Street Church and what it has to offer here.

West Hill is a people, a place, and an idea. It is a community living out a progressive faith, striving to make a positive difference in our own lives, the lives of others, and the world.

Its mission:
Moved by a reverence for life to pursue justice for all, they inspire one another to seek truth, live fully, care deeply and make a difference.

Over the past many months, they’ve been challenged to engage broadly about who they are and what they see the future of church can be. They are willing and keen to talk with others about it and have extended an invitation to congregations across Canada to reach out if they are interested in having a conversation with them. It can be about what this “theologically non-exclusive” church is really like. It might be about the rise of the “Nones” and how they are engaging them. People might want to just talk about the review of their minister, Gretta Vosper. 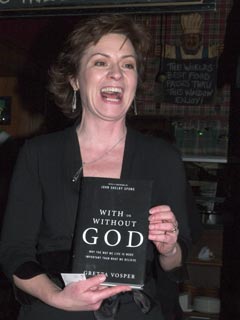 Gretta Vosper is the best-selling author of With or Without God: Why the way we live is more important than what we believe and Amen: What Prayer Can Mean in a World Beyond Belief. These books are informed and inspired by her pastoral ministry at West Hill United Church, and reflect her conviction that it isn’t good enough to talk about an abstract belief that has no consequences for living well in community. That is what her work at West Hill is about: promoting an environment where people, often of widely differing opinions and backgrounds, can come together and work at living well within themselves, with one another, and in right relationship with the whole world.

That means that church at West Hill looks very different. Much of what is said in done in a traditional church environment is designed to set boundaries between those on the inside and those on the outside. Gretta is committed to ensuring that the language within a church community is non-exclusive, and that people – ALL PEOPLE – have a place to ask tough questions and give free rein to their spiritual yearnings.
Gretta Vosper is also founder of the Canadian Centre for Progressive Christianity. To learn more about Gretta, visit her website www.grettavosper.ca.

Gretta’s husband Scott Kearns is the Music Director. One of Scott’s gifts is improvisation, providing graceful transitions from one part of a service to the next or offering poignant music in the background as Gretta speaks. Another of his gifts is composition. As West Hill moved to a more progressive approach, it found that there is a dearth of worship resources t

o support this transition. Scott has responded by composing 30 pieces of music, most for worship, but some for special occasions, and he has gathered these in a collection called “The Wonder of Life.” which can be ordered from the Canadian Centre for Progressive Christianity.

Babette Oliveira – Vocal Director. West Hill is blessed with an abundance of vocal talent and Babette’s gift is to help bring out that talent to its fullest capacity. With her own beautiful voice, she mentors and directs the vocal ensemble to provide music and lyrics that speak to the values of West Hill; love, justice, compassion, and hope.

For more details go to: http://www.westhill.net/