Thanks Dick Carter for sharing this news with us: 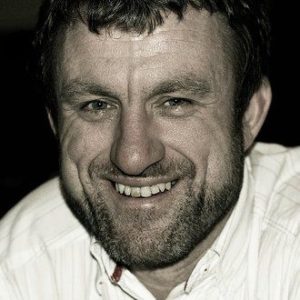 Duncan was part of the team facilitating the establishment of the UCFORUM in Queensland more than 2 decades ago.

The position is one of the most influential in the Synod particularly because it contains Pilgrim College and the other units involved in the preparation & ongoing education of clergy & also of lay education. He replaces Rev Dr Jenny Byrnes, a good friend of the progressive movement, who is retiring.

Dear friends,
I am writing to inform you that Rev Duncan Macleod has accepted the call to become the Executive Officer, eLM (equipping Leadership for Mission), commencing 1 February 2023.
Rev Dr Jenny Byrnes has retired from the eLM EO position, with 30 April 2022 as her last day active in the role. The updated placement profile was approved by the Placements Committee in November 2021. Discernment by the Placements Committee was undertaken and the role was advertised twice, but no appointment was made.

Duncan was approached, and after discernment he agreed to enter a conversation. His appointment was confirmed by the Synod Standing Committee at its meeting on Saturday 13 August, and a letter of call was issued
on Monday 15 August. Duncan has now accepted the call.
Duncan will be taking up a significant missional leadership role in the Synod of Victoria and Tasmania. eLM is focused on serving and resourcing the presbyteries and congregations, the individuals and groups across the Synod to increase their capacity to engage, lead and thrive as disciples in mission. It has four streams:
• Education and formation for leadership
• Priorities, focus and advocacy
• Relationships and connections
• Marketing, functions and administration

We in the Presbytery of Port Phillip East know that Duncan is well equipped to carry out this role with distinction. He takes on the role with our support and prayers. While we are sad to lose Duncan from his position as Presbytery Minister: Team Leader, we look forward to working closely with him in his new role.

The Presbytery Standing Committee has commenced the process for finding someone to take up the Presbytery Minister: Team Leader role. We will keep you informed of our progress in this important task.