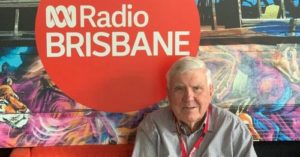 Enjoyed a relaxing and interesting evening at the local cinema.

It was a movie filmed recently on the Gold Coast of Australia that powerfully depicts the spectacular life and sudden death of Elvis Presley.

45 years have passed since Elvis died, so he may not be on the radar of many younger Australians, but back in my more youthful days, he was a legend.

Neither his singing nor his acting ever impressed me at that time in my life, but he captured the hearts and minds of my generation in a hugely impressive fashion. Almost unbelievably, 500 million recordings of his music were sold and his movies were big box office attractions.

His style of singing was ultra physical, hurling and shaking his body in every direction and this caused far too many women to descend into a state of hysterical fantasy. Church leaders in America tried to have him banned from performing because he was ‘sexually provoking’. What particularly upset them was that, at every one of his performances, many women, both young and old, took off their panties and thew them on to the stage, right at the feet of Elvis.

Elvis had become a God and this upset Church leaders even more.

But we all have Gods because we have a very human need to worship heroes or believe in causes.

It is usually a singer, actor, sports champion, charismatic community leader or politician, or a football club or many similar obsessions. Gods can also be alcohol, gambling or sex.

In my life, my role model is Jesus of Nazareth.

There are other people whose lives have greatly inspired me too, such as Martin Luther King, St. Francis of Assisi, Winston Churchill and Mahatma Gandhi. In the sporting world, I am a huge fan of Roger Federer and I never miss plays or movies in which Judi Dench or Maggie Smith are acting.

What is sadly lacking in my life is a political leader to inspire me,

But, I live in hope. This is an asset none of us must ever lose.

Nevertheless, back to Elvis. At the conclusion of the movie, I really did feel sorry for him.

His professional career was dominated by a retired Colonel who signed him up as a highly promising unknown with a contract that earned him half of whatever Elvis earned, plus endless expenses paid solely from Elvis share. This meant that Presley was constantly in a sparse financial situation.

It all got too much for him. He had to perform superbly every day or his fans would be stricken and, to keep going, he took huge number of pills daily, all washed down by lots of Coca Cola, a deadly combination. At the same time, his marriage broke up and his relationship with the Colonel became vitriolic.

Eventually, he just collapsed and died. Many say that his stage performance at Las Vegas the night before he died was his greatest.

Tom Hanks acts the fat old Colonel. Does it superbly. In the end, you hate his guts. This is not a trivial matter for any of us. We all tend to find people in our lives whom we hate and this, too often, sadly fuels our lives as much as our heroes do.

May, I make this trivial comment of personal fantasy in closing.

In my public life, I have made more than 10,000 public speeches in 26 nations in many settings that have occurred in my public life which has so far lasted for 70 of my 90 years, They were mostly about campaigns I have been organising or public issues in which I have been involved or sermons at Churches or talks at service clubs and conventions.

While, I was often able to stir up enthusiasm in the crowds of listeners, I did not ever cause women to rush forward and throw their panties on the stage. Elvis left me struggling far behind in the skills of human motivation. My life really has been a terrible failure in comparison.

However, I am absolutely certain that the world needs an Elvis from time to time.

THE MAN ON THE TWENTY DOLLAR NOTES

DINNER WITH THE FOUNDING FATHERS

You can buy them online, in print or kindle, at Booktopia, Dymocks, Amazon, Book Depository etc