Some people confuse progressive christianity with all kinds of other progressive notions… but it is a unique use of the word ‘progressive’.

Progressive Christianity is the evolution of liberal Christianity. Liberal Christianity was a modern-era movement that was a fruit of the Enlightenment, which embraced academic biblical scholarship, and deferred to the authority of contemporary science. While open-minded in many ways, it was patriarchal, elitist, and ceded too much clout to the tentative insights of science.

Progressive Christianity is a post-liberal movement that seeks to reform the faith via the insights of post-modernism and a reclaiming of the truth beyond the verifiable historicity and factuality of the passages in the Bible by affirming the truths within the stories that may not have actually happened. Progressive Christians are open to the reality that God is vitally at work in other world religions; that Christianity doesn’t have a monopoly on the truth; and that it’s best to take the Bible seriously, but not always literally. Progressive Christians also tend to be pro-gay and view salvation more as a here and now phenomenon and not merely “where we go after we die.”

Progressive Christianity represents a post-modern theological approach, and is not necessarily synonymous with progressive politics.[1] It developed out of the Liberal Christianity of the modern era, which was rooted in enlightenment thinking.[1] As such, Progressive Christianity is a “post-liberal movement” within Christianity “that seeks to reform the faith via the insights of post-modernism and a reclaiming of the truth beyond the verifiable historicity and factuality of the passages in the Bible by affirming the truths within the stories that may not have actually happened.” (Roger Wolsey – Author, ‘Kissing Fish: Christianity For People Who Don’t Like Christianity’) 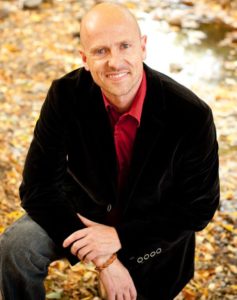 Who is Rev Roger Wolsey?

“I’m a certified Spiritual Director through the Spiritual Direction Program of Benet Hill Monastery, an ordained pastor in the United Methodist Church, and an advocate for progressive Christianity. I earned a Masters of Divinity degree from the Iliff School of Theology and am the author “Kissing Fish: christianity for people who don’t like christianity.” I’m currently working on a new book – stay tuned!

“I don’t pretend to be fully whole, saintly, perfect, or enlightened. I’m a work in progress who’s learned some things, often the hard way, that I am called to pass on. As I continue to evolve through life, I identify as a Christian mystic—or as a mystic who happens to be Christian. I hold an inclusive, inter-faith perspective, and don’t think that any one religion has a monopoly on Spirit, truth, love, grace, or God.

“I embrace all human beings as fellow children of God who are fully loved by the Creator just as they are. I’m here to support the Divine in us all. I foster Wholeness — in Body. Mind. Soul.

“My work can be summed up as helping you to:

Love Others & The World.