Jesus and the Midrashic Method

In his important book, Liberating the Gospels: Reading the Bible with Jewish Eyes, John Shelby Spong pointed out that the followers of Jesus who wrote about his life were all Jews. Even Luke, according to Spong, was a convert who was steeped in Jewish thoughts. In trying to understand the Christ Event they searched the Hebrew scriptures for “the symbols and the stories of their sacred past.” (page 309) They were searching for some frame of reference and they found it particularly in the figure of the Suffering Servant as described in Isaiah 52:13 – 53:12. “This figure was clearly used again and again in the developing Christian story.” (page 224) Explaining events with reference to people from the sacred past was the midrashic method that the gospel writers used. The Jewish midrashic technique was “opening the scriptures so that Jesus could be seen as the fulfillment of the law and the prophets.” (page 215)

Spong emphasized that everyone writing about Jesus was steeped in this midrashic way of making sense of it all. Actually every Jew who thought about Jesus would have been caught up in this method of interpretation. What Spong did not realize was that Jesus himself must have thought in this way. It is inconceivable that Jesus was not also steeped in the midrashic way of thinking, and once this is realized a whole new understanding is opened up. 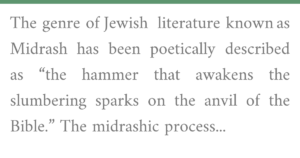 Jesus was not a passive character in the story. He was in control all the way, and he saw his path forward in terms of “the symbols and the stories of their sacred past.” In the article that I wrote last year for Progressive Christianity entitled ‘Jesus was different’ I argued that Jesus identified with the Suffering Servant even before he began his mission at age 30. Jesus believed that by taking on the role of the Suffering Servant he would bring in the Kingdom of God. He would be an offering for sin and bear the sin of many. Through him the will of the Lord would prosper.

Jesus being the Suffering Servant was not a late development in the gospel story. In referring to the symbol of the Suffering Servant, Spong wrote, “This individualized portrait of a nation that was victimized, but nonetheless affirmed by God, was quickly incorporated by the early Christians into the story of Jesus.” (page 251) In his First Letter to the Corinthians written only about 24 years after the crucifixion Paul wrote, “For what I received I passed on to you as of first importance: that Christ died for our sins according to the Scriptures.” (1 Cor 15:3) In his mission Jesus stressed that the son of man, meaning himself, must suffer, and in Mark 10:45 he said that he came to serve and give his life. 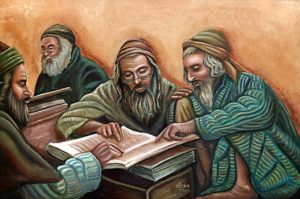 If Jesus willingly took on the role of the Suffering Servant, what motivated him to do it? I believe it was love. He did it out of love for each and every one of us. It was a self-giving sacrificial love. As Paul wrote in his letter to the Galatians, “I live by faith in the Son of God, who loved me and gave himself for me.” (Gal 2:20) Spong believed that “Jesus lived the love of God. . . That love of God which Christians believe they meet in Jesus has one purpose: It is to invite us to be and to love us into being loving people.” (page 332) This was what Jesus meant by the Kingdom of God.