[Ray Barraclough  – a member of the APCVA Management Committee.]

Politicians voicing religious terminology are likely to receive a mixed response. While acknowledging that there is little searching scrutiny by politicians or journalists of religious claims, such claims are not holy writ.

In focus in this article is the Prime Minister’s use of the term ‘miracle’ to supposedly describe God’s sovereign intervention in an Australian election result. 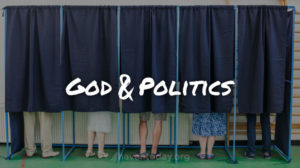 “Jenny and I have been blessed; we have two children who haven’t had to go through that…And so for parents, with children who are disabled, I can only try and understand your aspirations for those children…”

To unpack that last observation a little, in traditional Christian theology the counterpoint of a blessing is a curse.

Also, underneath the utterance is the implication that to have non-disabled children is a special gift from God, “a blessing”. It can suggest also a shadow side – a blessing withheld from parents not in that category.

What religious terminology then is appropriate for those parents who have a disabled child? Was God responsible for that as well? One could take it further and ask, is every miscarriage then a botched God job?

Anthony Albanese attempted to cover some of the theologically vacuous space by saying that “every child is a blessing”. But the underbelly of the pious claim remained.

Then there is the claim (repeated without any theological scrutiny by the media) that the 2019 federal election result was a “miracle” instituted presumably by the Prime Minister’s God. There is a history to this kind of claim stemming from the Christian scriptures. Without going into detail, a Christian scriptural passage, namely Romans 13:2, seems to buttress this claim by asserting that “[the governing] authorities have been instituted by God”.

Usually it is the victor (or their religious supporters) who claim such a victory as a “miracle”. An anecdote from history. A conservative and devout colleague of Dietrich Bonhoeffer (with this biblical passage in view) sought unsuccessfully to persuade Bonhoeffer that God had raised up Hitler to rule Germany.

Reliable news reports from America indicate that some 80% of white male evangelical voters helped elect Donald Trump as President of the United States. Does that show that the evangelical God has a preference for Trump’s rule? Is that to be regarded as another election miracle?

If the 2019 narrow victory in the federal election was a “miracle”, then statistically the huge margin won by the Labor West Australian government in 2021 was “a greater miracle”. That terminology could be applied too, for Annastacia Palaszczuk’s come far-from-behind win in the 2015 Queensland election.

But the Prime Minister,  given his political theology, seems to have been strangely silent in making what would appear to be reasonable claims for the miraculous for these two election results.

Does God decide who wins in elections in say Australia, Russia or China? Those are legitimate questions raised by the claim that the 2019 election result was “a miracle”.

Such a claim may go down well in fundamentalist Christian circles but mature theology, and a knowledge of electoral history, leads to valid scepticism. And if the forthcoming election leads to a change of government, what pious religious terminology can be used to describe that result?