The Effective Living Centre is a not-for-profit organisation that was established in 1998. Its primary vision is to promote living effectively in our present times and to share with people who wish to broaden and develop their own vision and passion for life.

It is open and available to people of any social, political or religious belief who share our values.

All our programs and events are offered in a conscious spirit of hospitality, inclusion and respect.

The Seminary of the 3rd Age is an initiative of the Progressive Christianity Network of South Australia.

Hans Küng was the renowned Catholic Swiss theologian who greatly influenced the Second Vatican Council (1962-65). He stressed liberation, engagement, and reaching new horizons. For criticising Catholic teachings on papal infallibility, compulsory priestly celibacy, ban on women deacons, he was banned in 1979 from teaching as a Catholic theologian. A pioneer in ecumenism and interreligious dialogue he played a key role at the Second Parliament of the World’s Religions held in Chicago in 1993. Küng launched what is known as the “Global Ethic” calling on all religions to foster peace by practising interfaith dialogue. A “Global Ethic” is not a new ideology or a superstructure which would make the specific ethics of the different religions and philosophies superfluous (there can be no substitute for the Torah, the Sermon on the Mount, the Qur’an, the Bhagavadgita etc). Rather, “Global Ethic” is the necessary minimum of common values, standards and basic attitudes … a minimal basic consensus relating to binding values, irrevocable standards and moral attitudes. The presentation will elaborate on Küng’s understanding of the “Global Ethic” and its implications for interreligious dialogue and ecumenism, peace among nations, political life, economics, etc. It ends with the reactions from selected scholars. 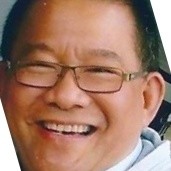 Tonight’s speaker, Mario Trinidad, is a retired practitioner and lecturer in social work. He has postgraduate qualifications in social work, theology with a thesis on Latin American liberation theology, and history with a dissertation on the radicalisation of Catholic missionaries in Guatemala. He spends his time volunteering with St Vincent de Paul Society, Latin American refugee and asylum seekers, the Filipino community, and playing with his two granddaughters, aged 5 and 2.

Michael Dowling will present tonight on the topic What is the basis for creating a better world? 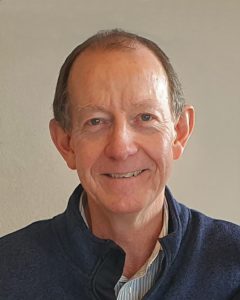 Do you remember the wonderful ABC Radio National program at the end of 1999, called A Thousand Years in a Day? Each hour that day, every century from the 11th through to the 20th century was revisited. Hosting the discussion was the inimitable Philip Adams. One panellist was Richard Glover, a noted moral philosopher, author of the preposterously titled Humanity: A Moral History of the Twentieth Century” who inspiring Michael to describe his talk in much the same way; after all his title is “What is the basis for creating a better world?” He will ask, “what in the current world could indeed be “better” than it is and in what way?” Who determines what “better” means in this context? If we decide who is eligible to do this, then we can ask who is responsible for creating it? Some think that only God can bring about “the truly good,” so perhaps we will need to outsource the re-creation to God? Or does the buck stop truly with us humans? How do limited, fallible, often-self-interested individuals work out the answer to a question that transcends their own individuality? Transcendence may require deep humility: a humility that is not thinking less about oneself, but thinking about oneself less.  Whatever we decide about the basis for creating a better world, perhaps we should resist the urge to “go for gold,” seeking to create a much, much better world, with a more modest goal. Perhaps we should aim to create a world that is just a little bit better, because…we just might be wrong.

Michael was raised as a Catholic and studied science at the University of Adelaide claiming that in those days he was “absent without leave from the Christian faith”. Life however eventually led him back to the Christian faith and to share in a new blended family. With his wife Joy they worked as representatives for a number of scientific instrument firms. The question of Christian ministry arose to which Michael found himself saying yes having “developed an almost insatiable curiosity about the intersection between our lived human experience; the workings of the natural world of which we humans form an integral part; the ever-changing scientific understanding of the same; and our understanding of and faith in the God who loves us.” Sadly, when Joy suffered a debilitating illness. Michael became her carer. During this time he undertook aged care chaplaincy with Eldercare, which continued for six years until Joy died in 2018. He is now the minister of the Blackwood Uniting Church where he says “it is not so much that I feel at home here at Blackwood Uniting Church, but more that I have come home. It is a place of warmth and welcome, a place of hearts and minds, and a place for questions and curiosity.” Marrying again, Michael feels that his life has been transformed in ways beyond his imagining. The Imitatio Christi is often seen as the path to salvation and many a saint is considered to have perfected a Christ-likeness in their life. The journey of moral ennoblement is part of the Christian life. What is the relevance of the ethical life, in a time of moral-individualism, and how is it to be approached? This talk will ponder these issues by establishing an understanding of the effects of the life of Christ Jesus upon the human condition. Martin will show that an Imitatio Jesu, a path of inner transformation of the person of Faith, is as important for the modern ethical life as the understanding of the virtuous life.

Martin Samson is currently writing his PhD on the Christology of Rudolf Steiner. He grew up in South Africa where he joined the Redemptorist Order. Then, influenced by the teachings of Rudolf Steiner he became an ordained priest of The Christian Community, the religious body founded on Steiner’s insights. He has four adult children and has worked in Australia in various communities since 1992. He is currently not in the Ministry but continues to teach on religious and spiritual themes from his new home in Sydney. 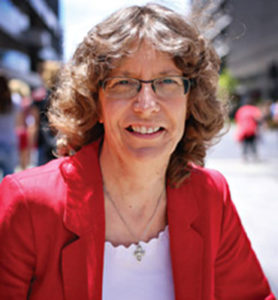 At the heart of Christian ethics, is the call to embody God’s vision for our world, seen so fully expressed in the life, ministry, death and resurrection of Jesus Christ. Christian communities are acting for justice, calling for liberation and working for peace, grounded in the radical call of Jesus for the flourishing of all people and the creation.  In this session, we will explore the source of this passionate commitment in Biblical and theological foundations. I will be exploring the topic through the praxis of the Uniting Church in Australia.  Participants will be invited to reflect on the source of their engagement in their communities and societies. We will together explore the narratives of hope, that are the source and sustaining power of our actions for love, justice, liberation and peace in our world today.

Dr Deidre Palmer served as President of the Uniting Church in Australia from July 2018 until July 2021. As ex-President, Deidre is continuing to teach, preach, and serve on a number of Uniting Church committees. Deidre’s theme as President of the Uniting Church, was “Abundant Grace, Liberating Hope”. She continues to listen for the narratives of liberating hope, that are expressed in the world around us and through the contemporary church. She believes the church is at its best, when its community life and engagement in the world is shaped by the generous hospitality and abundant love of God. Prior to becoming President, Deidre served as Moderator of the Uniting Church in South Australia. (2013-2016). Deidre has been involved in theological education for much of her life. She has served on the faculty of the Adelaide College of Divinity, Flinders University School of Theology and Uniting College in South Australia and Perkins School of Theology, Southern Methodist University in Dallas, Texas. Deidre is also a social worker. She worked for four and a half years with Uniting Communities as a counsellor with their Childhood Sexual Abuse Counselling team, prior to becoming Moderator. Deidre is a member of Brougham Place Uniting Church.