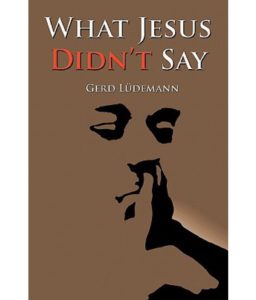 Booksellers Barnes & Noble give this overview:

Biblical historians have long held that the New Testament abounds in sayings incorrectly attributed to Jesus. In order to assemble as complete a collection of authentic sayings as possible, they have, for the most part, been intent on seeing how the sayings deemed authentic are connected to one another, and attempting to picture their specific contexts. In What Jesus Didn t Say, Gerd Ludemann flips the coin and focuses on the inauthentic words of Jesus not only those thought to be clear inventions, but also sayings that exhibit noteworthy alterations to their original form and intent. For his selection, he uses sayings that: are attributed to Jesus after his crucifixion; presuppose a pagan rather than a Jewish audience; involve situations in a post-Easter community; reflect the editorial influence of the author. According to Ludemann, the sheer abundance of inauthentic Jesus-sayings demonstrates that, soon after his sudden and dramatic death, he became the center of a new faith. From the very beginning, Christians imagined what answers Jesus would offer to the questions that arose among them. When the words they recalled no longer seemed adequate, they revised or invented new sayings to suit the existing situation. 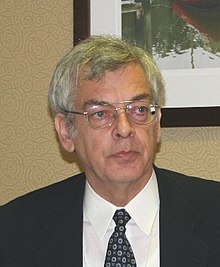 FICTIONAL JESUS-SAYINGS AND THE QUEST FOR TRUTH

“We cannot do anything against the truth, but only for the truth.” Paul, Ephesians 4:25

Any contemporary person who turns to the New Testament for objective information about Jesus is bound to come away feeling queasy. Although early Christians acclaimed truth as a component of holiness and condemned lying as one of the sins they had supposedly overcome, the utterances attributed to Jesus in the New Testament Gospels are for the most part heavily redacted or wholly invented sayings intended to edify the earliest Christians, many of whom were waiting for Jesus to return from Heaven. Unfortunately, the Church today often proclaims these texts to be the Word of God, even though scholars – many of them committed Christians – long ago discredited them as inauthentic.

It must be remembered, however, that the revisers and inventors were persuaded of the authentic nature of these sayings. Thus they were not acting deceptively, but rather believed that by their actions they were responding to a higher truth. Still, it is beyond question that by today’s standards these Christians propagated lies and that, since the lies remain part and parcel of Christianity’s received Scriptures, the Church’s transmission of falsehood continues unabated.

Clearly, this preponderance of spurious Jesus-sayings gravely undermines any assertions of their religious validity, and obliges the serious reader both to reassess the New Testament Gospels, and to recognise that apart from a relatively small number of authentic reports they are to be valued primarily as museum pieces.

Finally, it would seem axiomatic that the search for ultimate truths cannot afford to have its foundations riddled with untruths. Therefore, since these many falsely ascribed sayings remain fundamental elements of the Christian tradition taught in both church and seminary, it seems evident that only a radical and sweeping exegetical reform can save that tradition from increasing irrelevance and eventual self-destruction.

1 thought on “Sharing of more on truth telling and the Bible.”