My name is George Stuart and I am married with four delightful daughters, who, with their 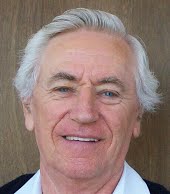 partners, have presented my wife, Wendy, and myself with 7 equally delightful grand children.

I have been an ‘ordained’ minister for a number of years, as well as an analytical chemist, an administrator, working for the Broken Hill Pty Ltd and a Rehabilitation Counsellor. I have degrees in Applied Chemistry, Arts and Theology . I retired from ‘paid’ work in 1995 and Wendy and I live at Newcastle, Australia.

Truth-Telling and our sacred book.

In the pursuit of ‘Truth-Telling’, I believe the church has some difficult ‘Truth-Telling’ to do about our past particularly regarding our sacred book, the Bible. Why the Bible? Because it comes to us from our somewhat distant church past; 2000 years ago and more. This ‘Truth-Telling’ is not absent but I believe it has to be far more obvious to the general public and also needs to be given more voice within the church to help our members confront the issues this ancient book raises. By this, I believe the church will gain again some credibility in our world today.

With the call to excise from our present situation the ‘honoring’ of the names of historical figures who are now being exposed as slave-traders, violent leaders, racists, etc., along with the disfiguring and dismantling of statues of past prominent figures of history, some of it in the name of the ‘Truth-Telling’, maybe now could be an opportune time for some more hard thinking about what more needs to be said by the church about the our church’s past.

There are many issues raised by our sacred book but being specific, I believe it is very necessary for the church to ‘call out’ and repudiate the violent activity of the God which is depicted on so many of the Bible’s pages, particularly of the Old Testament but also to a lesser extent of the New. I think this ‘Truth-Telling’ about our sacred book needs to be done especially when Christians and Christian leaders make critical comments about the way some people, particularly non-church people like President Trump, use the Bible.

‘Truth Telling’ about the past, as we all know, can often be very difficult and painful because it can bring to the light those parts of history we wish to ignore or forget; parts that we do not wish to discuss with, or teach to those who may not know. It often raises those parts of history about which many of us take a very different posture today, thank goodness, but it can also raise guilt feelings which we find very uncomfortable and to a degree, sometimes resist.

Self-examination within the church can be unsettling particularly when it exposes our ‘dark’ past and thus can offend others who are members of our own ‘tribe’.

When Jesus involved himself in some ‘Truth-Telling’ about his Jewish history in the Hebrew Scriptures, he got himself into strife. Early in his ministry, we are told, he was in the synagogue at Nazareth, teaching. The reaction of those listening was,

And all spoke well of him and wondered at the gracious words which proceeded out of his mouth ;…(Luke 4:22.)

However, the gospel writer tells us that Jesus continued his teaching with,

And he (Jesus) said, “Truly I say to you, no prophet is acceptable in his own country. But in truth, I tell you, there were many widows in Israel in the days of Elijah, when the heaven was shut up for three years and six months, when there came a great famine over all the land; and Elijah was sent to none of them but only to Zarephath, in the land of Sidon to a woman who was a widow. (Referring to a story in 1 Kings 17:8-24.) And there were many lepers in Israel in the time of the prophet Elisha; and none of them were cleansed but only Naaman the Syrian. (Referring to a story in 2 Kings 5:1-14.) (Luke 4:24-27.)

Jesus certainly knew his Jewish scriptures. Very selective in his quoting, but the stories are there and were probably avoided by the current religious leaders and teachers. Some confronting ‘Truth-telling’! Was this exposing a side of their history his fellow Jews didn’t want to hear? The stories he was referring to were suggesting that foreigners were respected and even cared for more than their own Jewish ancestors. What was the result of this ‘Truth-Telling’?

When they heard this, all in the synagogue were filled with wrath, and they rose up and put him out of the city and they lead him to the brow of a hill on which their city was built, that they might throw him down headlong. But passing through the midst of them he went away. (Luke 4:28-30.)

It amazes me how quickly crowds can turn from praise to persecution. I find it worrying that this can be the reaction to ‘Truth-Telling’. The fear of persecution may even lead to the avoidance of ‘Truth-Telling’ particularly if it is thought that this persecution could be carried out by members of one’s own ‘tribe’. It may also lead to unwanted division within the ‘tribe’.

So, I hope you find this paper useful. It is my honest attempt to do some ‘Truth-Telling.’, as I see it. I think we regular church-goers sometimes accept, without a great deal of scrutiny, what we are told in the church.

Although extremely difficult for me, I feel I need to construct this paper using the concepts of God that are nearly universal in the church and certainly promoted right throughout the Bible. These concepts include the anthropomorphic characterization of God and connected with this, that God is a being, a person, who ‘does things’. This biblical God intervenes in human history to execute God’s will and purpose. Being a panentheist I find all this unacceptable and I use quite different images when speaking of God. I am somewhat reluctant to use the word God at all, because of the immense unwanted baggage which it carries and which seems extremely difficult to throw off. My concept of God is that God is in everything and everything is in God, so for me, the life force, the inherent underlying foundation of all that is, is ‘involved’ but not intervening from ‘outside’.

So in this paper I use biblical images and concepts to try to connect with regular church-goers because I think this is where many start. But by using these images, I do not wish to convey the impression that I like using them or that they are the foundational images and concepts of God that I embrace. Not so!

In this paper I refer to ‘Reader-Response interpretation’, quite a few times. Because of the study I have done regarding the numerous Bible references I make throughout this paper, I recognise my interpretations can differ from other people’s interpretation. I have found that very different interpretations are given by various biblical commentators when they deal with the same text.

‘Reader-Response interpretation’ is reading into the text one’s own experience of one’s own day and culture, rather than reading the text itself; taking note of what the text actually states and then learning from it, always taking into serious consideration its 1st Century middle-eastern cultural context.

I think those who have preached, using the Bible as their prime resource, have indulged in this ‘Reader-Response interpretation’ a great deal, and in extreme cases, have created their own text and then proclaimed it as being what the Bible teaches. I have been and still am certainly involved in this sort of interpretation, hopefully not to an extreme.

Moises Silva expounds on this matter.

Insofar as every reader brings an interpretive framework to the text, to that extent every reader generates a new meaning, and thus creates a new text. [1]

Edgar McKnight, a respected proponent of Reader-Response theory, suggests that since we cannot completely break out of our self-validating system, ultimate meaning is unreachable. All we can hope for is to discover and express truth ‘in terms that make sense within a particular universe of meaning’. We may, therefore, continue to discover or create meaning, ‘which is satisfying for the present location of the reader’. [2]

With this in mind, in this paper I am claiming to do some ‘Truth-Telling’. That may be seen by some as being arrogant. Am I saying, “My interpretation of the Bible is one of ‘Truth-Telling’ whereas other approaches and interpretations are false and not concerned with ‘Truth-Telling’?” I certainly hope not. I don’t wish to give that impression but I suppose this is the predicament that one can get into when one expresses one’s views with passion and strong commitment. Others who disagree with me are ignorant and wrong!! I don’t wish to even suggest that. I certainly have passion and strong commitment to what I put forward in this paper, however, I wish, in no way, to say or suggest that other people who have different approaches are not as concerned with the truth as much as myself.

Their search for truth may be more productive than mine. For you to decide.

3 thoughts on “Opinion: Truth-Telling about our sacred book – the Bible. The story of the Exodus”