Peace not War against Nature.

This is not a novel idea, as it is embedded in our own culture, whose wars and heroes shall soon be remembering. In Genesis (4:7) our Bible gives an early warning to humanity of the seductive attraction of such violence – physical, verbal and spiritual. God referred to it as SIN which escalates as people, like animals instinctively retaliate. Such SIN was illustrated in the fatal clash between Able, the hunter-gatherer and his brother Cain the Farmer.

This same SIN characterised the English settlement of Australia, when our agricultural culture clashed with the hunter-gathering Aboriginal people, resulting in massacres, genocide and the penal settlement on Rottnest Island. The repercussions of this are still being felt today, with our recourse to retributive (Prison) instead of distributive justice, to solve the systemic problem of indigenous disadvantage. A challenge facing the Boab Network as we seek to help aboriginal people of the NW Kimberley.

Over 2,500 years ago Israel was suffering a similar fate. As a small vassal State, the people of Israel suffered the brutal domination systems that Empires (then and now) used to maintain their power and extract wealth from the land and sweat of others. In response, the people of Israel followed the gods of violence, but Jeremiah warns them to trust in the one God who brings peace though distributive justice. He likened such people who bring peace to:

…  a tree planted by water, sending out its roots by the stream. It shall not fear when heat comes, and its leaves shall stay green; Jeremiah 17:8a

In our Gospel reading today, which was written against the back drop of the brutality of the Roman Empire who had crucified Jesus. Luke develops this theme of trusting in the God who brings peace through distributive justice, in his telling of Jesus’ Sermon on the Plain. He begins with four blessings that are directed at “YOU” (that is to us). Luke “materialises” Jesus’ Blessings – brings them down to earth, bluntly referring to physical hunger: “How blessed are you who now go hungry; your hunger shall be satisfied”. (6:21). His “poor” are the financially destitute, the powerless; those who are to receive the coming “Kingdom of God” that brings benefits to the common people through distributive justice – the equitable sharing of the blessings our world has to offer. This comes about when political power is shared with the people, which democracy aspires to achieve.

Democracy itself is constantly under the threat of violence from Authoritarian regimes, powerful multi-national corporations, or dominant racial or religious groups. This is well illustrated in the USA – the land of the free, as well as in our own Country, where the Fossil Fuel and Mining Industries exercise a dominant political influence. To protect our democracy, we are seeing the rise of independent candidates in the upcoming Federal election, to challenge the domination of these vested interests.

Luke identifies this abuse as he strikes at the heart of the matter by following the Blessings with a list of “woes” (“alas for you”) of which the “rich” and “well-fed” are cursed with future loss and hunger. Persons happy with the present social order and hold on political power are destined to regret their meanness (6:24-26). This harsh judgement on those who society generally considers fortunate, occurs only in Luke and represents one of Luke’s special convictions: God’s Kingdom will bring a radical reversal of presently accepted values and expectations. We witness such happenings and struggles in our present time – with the violent oppression by those wanting to hold onto their privileges and power. History is full of revolutions that have swept the rich and powerful aside. So, no wonder Autocratic regimes are as wary and oppressive as they were in ancient times. Now with more subtle means, using the tools of social media to propagate their distortions of the Truth. 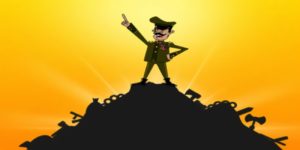 Luke does not specify his objections to the wealthy as a class, but in material exclusive to his Gospel, he repeatedly attacks the rich, predicting that their present affluence and luxury will be exchanged for misery – which does not make for popular sermon material! (One exception is the fearless preaching of Fr Rod Bower of Gosford Anglican Church.)

Jeremiah used Nature to illustrate the many blessings we receive from God. We can also recognise many woes when we disobey God’s laws of nature. The consequences of which are being revealed to us by science – which many reject. This summer we are experiencing chaotic bursts of hot weather, catastrophic fires, cyclones and floods. For the ancients this was evidence of the Judgement of God, such as in NOAH and the flood. For us moderns it is the consequences of the rich and powerful ignoring Nature’s laws. However, the Bible and our Christian faith has not equipped us for the environmental crisis we are currently in and leaving the younger generations to face.

But let us not give up. There is hope, for Nature has much to teach us. For example, Nature survives and evolves through recycling everything – which Wembley Downs UC in your modest way are doing outside here with Containers for Change (Slide). Part of this recycling process are your magnificent collection of native trees. They shed their leaves and bark for you to clean up, but in exchange you receive the blessings of bees, honey, birds, oxygen, and on hot days shade and cooling.

Luke’s Woes for the rich are even more apparent when we consider all the other pollutants, we pour daily into the atmosphere that is causing an unprecedented warming of our planet. The catastrophic consequences of this are visited on the poor of the world who cannot escape.

The rich are being called to sacrifice their wealth to reduce emissions and help those being impacted – but we stumble when asked to put the welfare of our planet and people, ahead of our own material interests. After 15 years of political wrangling and five Prime Ministers, we have yet to effectively address the greatest moral challenge of our age and the relevance of our faith. 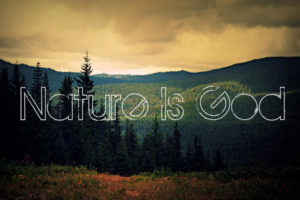 The revelation of God in Nature is among the oldest of religious beliefs. It is the basis of Aboriginal spirituality – the land owns us and not we the land. A spirituality which brings with it the moral obligations on each individual to care for a specific plant or animal. In the historical origins of our own religion, such beliefs are found in Hinduism from the sixth century BC. and Greek Stoicism from the 3rd Century BC, with a belief that the cosmos is active, life-giving, rational and creative. …

They identified the universe with God. Such a belief is evident in the Wisdom stream of our own scriptures and Paul’s own words to the Athenians about their unknown God (Acts 17:28) in which Paul says: – “in him we live, move and have our being”. In 2009, the Uniting Church revised the preamble to their Constitution to reflect that before English settlement… the Spirit was already in the land revealing God to the people through law, custom and ceremony.

We are experiencing a decline in those following the Christian faith, which indicates the paradigms (to which we are heirs), have become intellectually and ethically exhausted. These paradigms are failing to provide a conceptual framework conducive to eliminating some of humanity’s worst scourges of perpetual war, environmental destruction, including the COVID pandemic – wars being waged on two fronts, one of which we barely recognise. This raises the issue of a successor, which necessitates a re-examination of first principles, starting with how we conceptualise God, the most ancient of symbolic words used for the Sacred.

As we live with these questions  – I believe, we are slowly discovering a new concept of God, which is offering us a new way of salvation, through a synthesis between science, the wisdom of other religions and our religion, found in the life and teachings of Jesus of Nazareth.

1 thought on “Message: Peace not war against nature”