A (Zoom) Presentation to a Group in Melbourne

BONEY AND SPINDLY! REVIVING LITURGY WITH THE SENSUOUS TEXTURES OF LANDSCAPE… 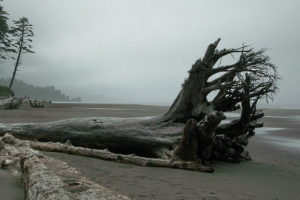 I have learnt much about liturgy from my three young grand children.

And wisdom from poets, among them being

Take any three year old for a walk, say… along a beach or bush track.

Don’t plan to be in a hurry.

Every twig or seashell.

Every muddy pool of water.

Every minnow, dragon fly, or small lizard to cross your path

will be an occasion for closer ‘looking’ and ‘excitement’ and ‘wonder’.

Children intuitively apprehend the truth that we are all part of nature.

So following the ‘advice for living’ from Mary Oliver…

Such attention and experience comes from being immersed in what is,

and seeing the overlooked.

Such attention is scientifically informed.

Such attention is what helps shape good liturgy. 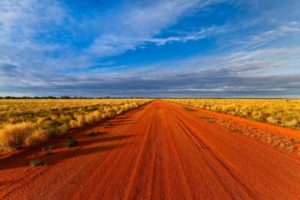 Meland suggests the natural world has the capacity to inspire a response,

an expression of our awe of nature, of our attraction to the mystery of existence,

to something intangible, called ‘religious’ or ‘spiritual’ from humans.

He was also highly critical of religion that fostered

a sense of strangeness toward the natural world.

Likewise, others have said, quiet passionately, that there is no good reason to believe

than taking to heart the teachings of supernaturalist traditions.

Religion is born out of a sense of wonder and awe.

only if we appreciate the universe beyond ourselves.

The sky above, the earth below.

The grasses, the flowers, the forests, the fauna…

The miracle of each moment awaits our sensual wonder.

Landscape especially has an incredible presence.

Landscape is the firstborn of creation/evolution.

between all peoples living in that particular location. We are cosmic and we are local.

Present-day Australians still have a limited understanding of the mountains, deserts, rainforests; of the ocean and river systems, the fauna and flora, as well as the climate conditions called ‘seasons’ of the nation.

Not to mention any real appreciation of the First Nations ‘songlines’ Dreaming tradition,

probable the oldest continuous sacred tradition in the world. (Tacey 2000:76)

followed by a cooler time in which the discomforts disappear.

And a bit of sniffling cold in the middle.

Australia being an ancient continent located in the southern hemisphere

all of the major traditional Lectionary festivals are out of whack.

There is a ritual discomfort!

Any celebration is almost done in defiance of their northern-hemisphere reference points.

Result? We miss what actually ‘is’!

“…it makes a huge difference, when you wake in the morning and come out of your                                 house, whether you believe you are walking into [a] dead geographical location, which is used to get to a destination, or whether you are emerging out into a landscape that is just as much, if not more, alive as you, but in a totally different form, and if you have come to understand landscape as something that forms each of us.”

To see the world synthesised in a flower, a sea, or in a human being,

is to contemplate your own life blended with the total movement of life,

rather than just staring blankly as if one is a tourist or outsider.

Such moments not only enlarges the scope of living, but

Where the sacred is not a separate ‘supernatural’ sphere of life.

a strawberry on top of a pavlova.

In the end the universe can only be explained in terms of celebration.

It is all an exuberant expression of existence itself.

Now for the commercial… My book When Progressives Gather Together (2016),

has as its sub-title Liturgy, Lectionary, Landscape… And Other Explorations.

Just a couple of Chapter headings will introduce the contents:

While the opening chapter: It’s a Story! Liturgy, Lectionary, and Landscape.

For the Sunday morning gathering—pre-Covid 19 days—

I offer liturgical explorations, both in the book and on my web site, under the heading

“A Gathering Liturgy for the Celebration of Life”.

That is, I do not call the experience ‘worship’.

Rather I call it ‘celebration’.

and the event ‘celebration’.

Religious orientation only lives while we are making it up.

While our creative juices are firing and we are ‘composting’

Such ‘composting’ is much more than embarking of a salvage operation.

What is required are liturgies that are shaped by a different religious sensitivity.

Away from Nicene orthodoxy

that has come undone with the advent of the modern world.

Liturgy that is bureaucratically conditioned can not serve the spiritual needs

of diverse congregations and individuals.

(i) It loses contact with the life and common experience of the people and becomes responsive only to doctrinal concerns;

(ii) It becomes more and more estranged from the creative minds of contemporary culture;

(iii) It presumes orthodox doctrines are true statements, rather than “mediated phenomena, rooted in specific… perspectives that are now passing.” (Horsfield 2015:282)

Liturgy which is a celebration of life, all of life,

is shaped by a spirituality that is more horizontal than vertical.

Because… Earth—a pale blue dot as dubbed by Carl Sagan—is our home in the universe.

rather than people on the earth!

Because… nature is the thread that completes the tapestry of life.

An experience animated by a sense of awe, wonder, belonging, and relatedness.

The gospel of the natural present moment.

Because… this is an experimental universe.

Change is not merely an appearance but is essential to the way things are.

Life is animate… continually incarnating itself

in microbes and maples, in humming birds and human beings. (Bumbaugh 2003)

Because… such religious and liturgical shaping

will likely revere the wisdom of reason, collective human experience, and ‘landscape’,

more highly than any single sacred book or credal tradition.

Let there be no doubt.

Rituals are the core of every strong community’s life.

But faithfulness to a tradition is not achieved

by continually reproducing the same formulations

over and over again without significant change.

Sadly liturgical reconstruction seldom comes from the dominant expression at any one time.

When creative ideas for a new future do emerge beyond the contours of Christian orthodoxy,

within a humanistic and naturalistic paradigm, for example,

they tend to come from the minority explorations of free religious thinking,

“not unlike the way yeast works in bread making or a small mustard seed that’s sowed in a field.” (Horsfield 2015:290)

To escape the charge of ‘boney and spindly’ liturgy, the job of progressives

is to create imaginative liturgical and other religious resources

and let future generations find in them what is helpful.

Such offerings can throw life into a new frame.

They rend the veil of the ordinary.

They demand courage (heart) and new patterns of engagement.

They interrupt, and can sometimes transform one’s life.

Horsfield, P. From Jesus to the Internet. A History of Christianity and Media. West Sussex. Wiley Blackwell, 2015 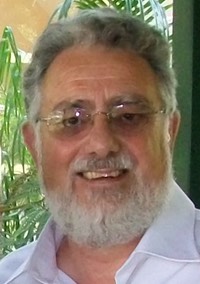