God and Empire: Jesus against Rome, then and now

by John Dominic Crossan, professor emeritus of De Paul University (Catholic Research University in Chicago). He is widely regarded as the foremost historical Jesus scholar of our time and has also authored several best selling books, including The Historical Jesus, Jesus, a Revolutionary Biography, The Birth of Christianity, Who Killed Jesus?, and In Search of Paul. 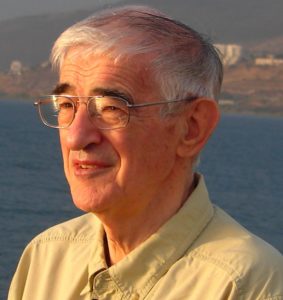 Crossan asks and offers answers for the difficult and provocative questions about humanity and its foundational stories and the Christian Biblical traditions as they were influenced by Rome. His core question is “Are we to worship a God of both violence and non-violence or are we to choose between them and recognize, as he does, that the Bible proposes the radicality of a non-violent God struggling with the social normalcy of a violent civilization? Is that what gives dignity, integrity and authority to Christianity and its values for anyone seeking to follow Jesus?

Before Christianity had arrived the titles of Caesar included Divine, Son of God, God, God from God, Redeemer, Liberator, Lord, and Saviour of the World. When used for Jesus they had to be lampooning or high treason.

The peace on earth that Augustus brought by victory and force was counter posed to Jesus’s peace through justice. The ongoing challenge that Jesus posed to Rome was one of a vision of God’s Kingdom brought the God appointed Emperor or that of John’s manifestation of a God appointed Jesus….two different eschatologies. John’s critique of the plans of Herod Antipas for the achievement of his Kingdom God stood in contrast with John’s present reality of a Kingdom heralded by Jesus.

For Crossan the evidence found in history, archaeology and writers of the period together with reliable aspects of the scriptures is not of our waiting for God but that God is waiting for us. The Great Divine Cleanup is when God sits in Caesar’s throne – not after the evacuation of the world for Heaven.

This is a contrasting story illustrated in Caesar’s coins – he was divine and Son of God – a total integration of politics and religion. But as with the Lord’s Prayer (Your kingdom come, you will be done, on earth as it is in heaven), the Kingdom of God comes from Heaven to Earth not the other way around.

Crossan deals thoroughly with the notion of substitutionary atonement through Jesus Crucifixion. He does a good job dismantling this idea at the core of Gibson’s film The Passion of the Christ. He brings into focus notions of sacrifice, suffering and substitution, showing how they have been wrongly interpreted in the light of historical and contemporary practice.

Jesus died from our sins not for our sins.

Crossan brings a very steady hand to biblical interpretation making obvious the many errors and in particular, the wrongful attribution to Paul for much he really didn’t say or write. His handling of the conflicting views of Paul and Luke makes for great reading and becomes a great incentive to go back to the text and read it all again with a different focus or perspective.

Ultimately we are left with the main question – Is our God violent or non-violent? On our answer rests our understanding of Jesus and our view of the purpose of Christianity as well as the destiny for humanity.

I agree with Marcus Borg that Crossan is incisive, original and fascinating.