The great majority of people in Queensland support some basic form of VAD being endorsed in legislation. I believe it would be politically futile to oppose such a public endorsement. 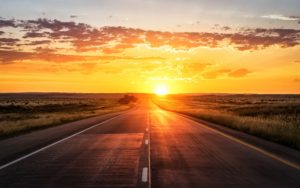 However I believe we must gather strong support for critical amendments which are listed below:

All VAD legislation must be complemented by an accountable commitment for high quality palliative care, especially to regional Queensland where provision for significant palliative care is virtually non-existent.

Non-government hospitals must be given an ABSOLUTE right to deny any provisions for VAD services in their hospitals. This basic right is fundamental to respect the religious, philosophical and values of all peoples in the Australian constitution.

In the light of serious breaches of initial legislation in some European countries where VAD has been implemented in previous years, no legislation should be enacted until the investigated experiences in other countries be analysed to prevent such happenings in Queensland legislation. Legislation must cover those provisions of the Act where these breaches did occur in those countries.

Public media campaigns for discerned amendments to proposed VAD legislation insist that such a position is founded on basic religious and human rights and is extremely compassionate to alleviate suffering and terminal illness. To imply that those seeking critical amendments lack compassion to the proposed legislation is highly offensive to such committed individuals and groups.

Kevin has taught and lectured for many years in 14 different countries. He is the author of many books, and a highly respected presenter among Catholic educators. He is also a subscriber to the UCFORUM and a regular participant in our seminars and conversations. Details about his publications can be found by following the link to Book Reviews on this site.