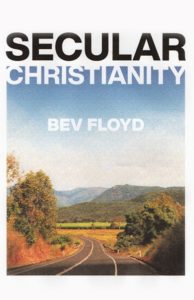 In this easy read book Floyd reduces Christianity to a simple journey of love following the teachings and examples of Jesus. She uses the vernacular of the average Australian in a conversational style that requires no serious theological capability by the reader. This fills a much-needed gap in the progressive literature.

The author deconstructs the major biblical narratives and themes and casts a sceptical eye on those that have been read literally. She argues that the events of scripture are profound teachings that speak to our times if seen as metaphors, similes, and parables. She spurns the dogmatic teaching that has evolved as church doctrine but holds strongly to the notion of the importance of individuals using their own interpretations. The reader is left to make up their own mind while being encouraged to speculate and claim the right to make meaning on their own terms.

While emphasizing the many errors and contradictions in the bible resulting from the tradition of handing down the stories orally over several generations, she calls for proportionate thinking when considering the influences of culture, history, scientific knowledge, and power politics over what we now know about Jesus and the events of his life. She sees the Church as generally not the best instrument for transferring understandings as it has a prime concern to maintain its own authority and influence, sometimes at the expense of authenticity. It does not have a good record on tolerating critical thinking and has often discouraged people from exploring outside the boundaries of doctrine and dogma.

Floyd has achieved her goal to transmit the simple but profound message of Jesus and enriched the conversation about the meaning of life. She has opened a pathway to contemporary faith that applies Jesus’ teaching on love to modern situations.

Floyd’s thinking is influenced a little by Hugh Mackay, and John Spong and has relied on her own thoughts for most of the commentary. This is an enjoyable read that challenges our thinking with its simplicity.

Can be purchased from Boolarong Press.