Honest to GOoD: Discerning the Sacred in the Secular 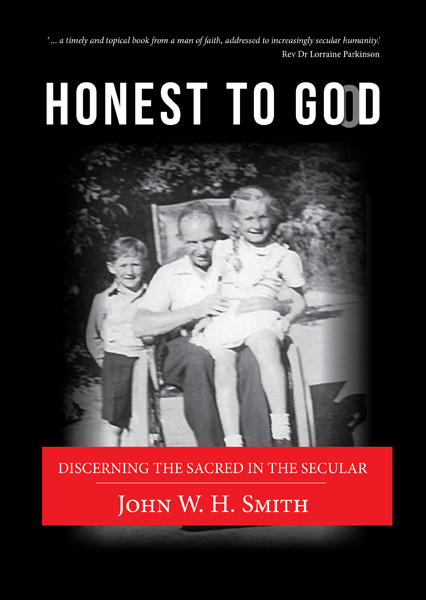 We have not given sufficient attention to the action of a spiritual energy present in the world being exhibited by many people, some of whom would not confess a religious faith in much the same way that Jesus didn’t… There is a need to change the way we interpret the events of life in the light of the wisdom of Jesus of Nazareth. (John Smith)

John Smith has been on a life-long search for what he calls a sense of ‘wholeness’ or ‘completeness’…an attempt to make sense of his world and his life. Many people will find common ground with this search and relate to his experiences. This book is the result of this search and how Jesus has influenced and stimulated his journey.

Each chapter examines a major influence and together point the way to various understandings of the sacred spirit he calls God.

Although he claims this is not an academic text, it is well referenced and a great way to get an overview of the field of progressive thinking.

This book is written in the fervent hope that it will encourage others to continue to explore their own unique spiritual journey. (John Smith)