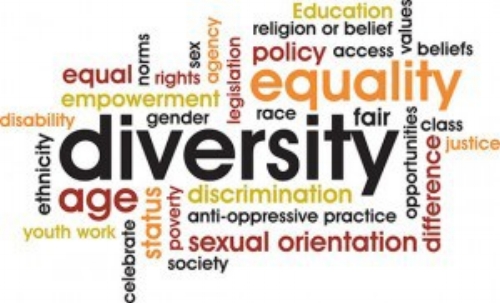 So, what just happened? (An Explainer, Updated)

The last six months in the Uniting Church has been something of an intense roller-coaster, revolving around the issue of marriage. Our processes are somewhat idiosyncratic and, as events unfolded, matters came down to a rather arcane provision in the UCA Constitution.

I offered An Explainer about this process some months back. In light of more recent events, here is An Updated Explainer.

1A. On 13 July 2018, the 15th Assembly decided that Uniting Church ministers are able to conduct the weddings of people of the same gender. Assembly did have a proposal before it at that time, declaring that changing our understanding of marriage was a matter that was “vital to the life of the church”. This drew on a provision in the Constitution in Clause 39(a), which provides that On matters which, by a two thirds majority vote, the Assembly deems to be vital to the life of the Church, the Assembly shall seek the concurrence of Synods and/or Presbyteries and/or Congregations as the Assembly may determine.
1B. At that same July 2018 meeting, Assembly decided that the matter was not “vital to the life of the church”. Assembly Standing Committee subsequently approved an alternate order of service for use in marrying “two people” (with gender not specified), and since late September, Uniting Church ministers have been conducting marriages where the couples are of the same gender.

3. This meant that if half the Synods, or half the presbyteries in half the Synods, wrote to the President stating that they believe there has been inadequate consultation, the decision would be suspended. The timeframe of within six months means that this runs until 13 January 2019. In October, the General Secretary of the Assembly advises all ministers that there was a possibility that Clause 39(b) might be invoked, and thus, the decision might need to be suspended, pending further consultation.

4. There are six Synods. No Synod asked that the clause 39 process of seeking concurrence be invoked.

6. In two Synods during 2018, the threshold of Presbyteries invoking Clause 39(b) was met: by one of two Presbyteries in the Northern Synod and by four of eight Presbyteries in Queensland (North Qld, Central Qld, Mary Burnett and South Moreton).

7. South Australia just has one Presbytery. It met in November 2018 to consider this matter, but the decision of the Presbytery was not to ask for further consultation by invoking Clause 39(b). A notice of a special meeting was submitted at that meeting, and this meeting took place on 5 January 2019, the last day of the season of Christmas. Once again, the SA Presbytery did not support the proposal to request further consultation by invoking Clause 39(b).

As the deadline for invoking Clause 39(b) was six months after the decision (therefore, 13 January 2019), and as no further Presbytery meetings are scheduled to take place in the coming week, it is clear that the threshold of sufficient Presbyteries requesting a suspension and further consultation, has not been met. 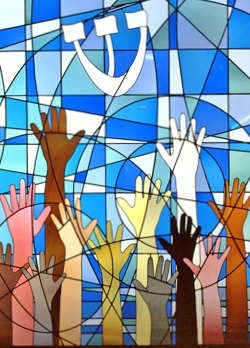 The Uniting Church thus remains faithful to its commitment, as articulated in the Basis of Union. We are, indeed, a pilgrim people. In the process of making this decision, people of the church have met in council to wait upon God’s Word, and to obey God’s will. The decision about marriage has involved so many difficult conversations and challenging moments for many people. The decision of Assembly steps out in a new direction.

I believe that this decision demonstrates how the Uniting Church continues, today, to look for a continuing renewal. In that search, we certainly affirm our readiness to go forward together in sole loyalty to Christ the living Head of the Church. This decision is one that many people believe is a faithful response to what God is today calling the Church to be and to do. It is a signal that we seek to remain open to constant reform under his Word.

Throughout this process, I believe that we have continued daily to seek to obey his will, and to discern ways by which we might confess the Lord in fresh words and deeds. We continue to do that now, in implementing the decision of the Assembly and rejoicing in the celebration of joyous marriages, within the church, of couples of the same gender.

As this takes place, I am certain in holding to the belief that we are not apostate, we have not betrayed our faith. We continue to hold to the essence of the Gospel. The marriages of people of the same gender serve to remind us, in a fresh way, of the grace which justifies [us] through faith, of the centrality of the person and work of Christ the justifier. As our President has reminded us, we are all included in that abundant grace and we look with anticipation to the promise of liberating hope.

We say often that we seek to be “an inclusive church”. I hope that my LGBTIQ friends who have felt so marginalised, objectified, and (sadly) even vilified over the course of the past 18 months (and decades back before that) now feel that they are truly accepted, valued and included within this church.

I hope that together, as a whole church, we might remain faithful to God’s calling to be a fellowship of reconciliation and, in this difficult process and courageous decision, we might see something of the foretaste of the Kingdom which Christ will bring to consummation.

Rev Dr John Squires is a Minister of the Word in the Uniting Church. He is a former Principal of Perth Theological Hall and is currently in placement in the Canberra Region Presbytery. He was a member of the 15th Assembly in 2018.

4 thoughts on “UCA holds onto principles of inclusivity and diversity”