Is new life ahead in the (Catholic) church? An article by Sr. Ilia D 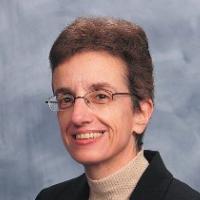 [Ilia Delio, a member of the Franciscan Sisters of Washington, D.C., is the Josephine C. Connelly Endowed Chair in Theology at Villanova University. She is the author of 16 books, including Making All Things New: Catholicity, Cosmology and Consciousness (Orbis Books 2015), and the general editor of the series Catholicity in an Evolving Universe.]

The recent disclosure of sexual abuse in the Catholic Church and the extent of depravity reported in the news are symptomatic of a church in crisis. It is no longer acceptable for the pope simply to issue a public apology nor is it sufficient for any group merely to reflect on what has happened by issuing position statements.

The church has a deep structural problem that is entirely bound to ancient metaphysical and philosophical principles, not to mention imperial politics, that at this point requires either a radical decision towards a new ecclesial structure or the acceptance of the possibility of a major schism.

The rock-solid church has crushed human souls and twisted authority into deceit. The male-dominated Christ center no longer holds and there is simply no solution or comforting words that can placate the extensive damage to fragile human lives that has taken place over the past decades. The evidence of abuse brought to light in the Catholic Church is simply unfathomable.

There is something profoundly intransigent about the structure of the church. It is not church structures that have caused the abuse, but they have masked predators hiding as priests in a closed caste system of clerical elitism.

The resurgence of abuse points to something deeply amiss, if not embedded, in church culture. “Culture” is a complex term that encompasses the set of operative meanings and values. Church culture is based on operative principles of hierarchy, patriarchy, careerism and the notorious notion of priestly consecration as becoming “ontologically changed.”

The hierarchical pecking order from priest to pope has entailed obeisance in the quest for a higher position on the ladder of ecclesiastical success. Clericalism is a type of corporate ladder climbing and no different from the quest for power in the world of major corporations. Corporate power, like ecclesial power, is marked by the dominant male, akin to the evolutionary hunter who is “red in tooth and claw;” the priest-hunter can be cunningly deceptive at achieving his desired goal.

How did we get here? If the church is founded on the Good News of Jesus Christ, how did it become so radically disconnected from the itinerant preacher from Nazareth?

Read the full article here: Missionary Sisters of the Sacred Heart of Jesus