Serving the interests of the Roman Empire

Many indigenous spiritualities, Franciscans, and Celts saw creation as good, as a theophany or revelation of God’s very being, just as Genesis taught. How did Christianity come to be so divorced from nature? John Philip Newell (b. 1953), a poet and scholar k 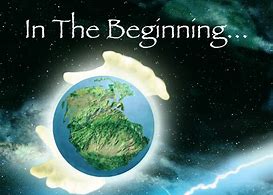 nown for his work in the field of Celtic spirituality, traces the roots and impact of the doctrine creatio ex nihilo. He offers an alternative, still orthodox, view of creation based on the writings of Irenaeus, Bishop of Lyon:
Irenaeus [130-202] . . . taught that the whole of creation flows from the very “substance” of God. [1] All things carry within them the essence of the One. Irenaeus . . . signaled his concern about the doctrine of creatio ex nihilo, creation out of nothing. . . . This was to become the standard of Western Christianity’s approach to creation. Creation would be viewed not as coming forth from the substance of God but as fashioned from afar by a distant Creator, made out of nothing from on high.

Irenaeus intuited that this would be a disaster, that to neutralize matter, to teach that creation does not come from holy substance, would lead to the abuse of creation. It was a convenient “truth” . . . [meaning] that the empire could do whatever it wished to matter. Matter was not holy. It had not come forth from the womb of God’s Being. Rather it was made from nothing. It was essentially devoid of sacred energy. So, every imperial mind could ravage the earth’s resources with impunity. It could disparage the rights of creatures and subordinate the physical well-being of its subjects. Religion had become the accomplice of the state’s subordination of the earth. It had sanctioned the separation of spirit and matter.

and scroll down the page.

From this link you can also sign up to receive Richard’s daily meditations.