THE UNITING CHURCH AND THE DEATH OF NON-CONFORMITY. 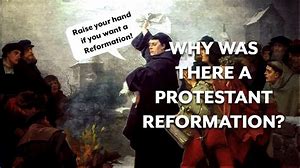 nts were worth celebrating, not because they defined forever how we should understand and define the nature of the church and of Christian faith, but because they were declarations of exactly the opposite, namely that “the church” must be under constant reformation.

The very last thing we ought to do is to assume or believe that the so-called “truth” arrived at at a certain point in history is the final truth about either faith or life. The evil and ignorance of such a position is of course best illustrated by the tragedy of Christendom, the approximately 1200 years that preceded the Reformation when Church and State were co-terminus, and when the church decided on what was truth, not only in the religious sphere, but in every human field of knowledge and endeavour, including science and law.

Without the Protestant Reformation the vast advances in human knowledge and well-being that we enjoy today may not have occurred. The “Enlightenment” itself would have been a much greater struggle without this challenge to the church’s control of all truth.

I have no desire to return to the Reformation’s re-definitions of Christian faith and church. They are as dated and imperfect as that which preceded it, which was largely defined by a very flawed, political and academic process which occurred in 325CE under the Roman Emperor Constantine, a definition of Christian faith and expression of church that bears little resemblance (if any) to the foundational events of Christianity in the early decades of the Common era.

The Uniting Church came into being, however, not to reform the churches’ doctrinal positions nor to escape coercive and corrupt leadership and practices, as in the 15th century, but because of an overwhelming ecumenical spirit that saw the scandal of competing denominations of common “free church” or non-conformist origin, and because of a mutually held, and in hindsight naïve and impossible dream of ultimately moving on to greate

r Christian union with Anglicans and others.

It was precisely this dream that lay behind the Uniting Church’s expression of it’s faith in the “Basis of Union”. Two significant factors guided the expression and content of “The Basis”. The first and most significant was the deliberate calculation that other, especially larger denominations such as the Anglicans, would not take us seriously if we did not, like them, stand under a largely universally accepted definition of faith such as the historic Nicene Creed, which we carefully re-expressed in the Basis of Union.

Second was the purely accidental fact of history that the young “turks” of the three negotiating non-conformist churches (over-represented on the Joint Commission preparing for the union of their respective churches) were largely, if not entirely, the product of a Barthian theological education and who were moving away from their denominational roots to a neo-orthodox theological position. I have to confess that I was one of them at that time, but not myself on the Joint Commission.

Also on the Joint Commission were a number of senior Congregational representatives who were alarmed, both by this step backward to neo-orthodoxy, but equally by any effort to appear to limit the possibilities of a growing, on-going understanding of the truth, or, as some would have put it, the on-going revelation of the Holy Spirit, and the findings of new scholarship.

These insightful representatives of both the Reformation spirit and of their non-conformist heritage, deliberately fought for the inclusion of para. 11 in the Basis of Union, to ensure that that Basis did not in the future restrict the Uniting Church’s ability to respond to new ways that the Holy Spirit might be leading us, and the new discoveries and insights into our origins and our faith that contemporary and future scholarship would inevitably bring us.

The young neo-orthodox “turks” on the Joint Commission would not themselves have introduced para 11. For them the “Basis of Union” was not simply to be the basis on which we came together or united, but the on-going permanent basis of the Uniting Church. So, if they had to bow to the Congregationalist insistence about para 11 it was imperative that it be drafted with sufficient ambiguity to both satisfy the non-conformists, but to allow some of its interpreters 40 years later to misunderstand, and hence misinterpret, the original purpose of its inclusion in the Basis. Fortunately, the uniting document is correctly called the Basis of Union (i.e. the basis on which we agreed to come together), not The Theological Basis of the Uniting Church.

As readers can see, the practical effect of the neo-orthodox majority on the Joint Commission was to reject the foundational principles of reformation of the three non-conformist traditions they were there to represent, in favour of a return to orthodoxy, along with the impossible dream of a return to the bosom of mother church.

So, the Uniting Church, born out of a great ecumenical vision and hope, has effectively managed to deny both the reformation and non-conformist traditions which the three uniting churches had nurtured and expressed for hundreds of years. And it has replaced its ecumenical vision and reforming spirit with a craven desire to be accepted as orthodox by the other branches of the church universal.

Thus the Uniting Church, through some mistaken view that the Holy Spirit has spoken definitively and for all time in 325CE, and fortunately also in the Basis of Union, is afraid to embrace contemporary movements of reform or contemporary scholarship that doesn’t fit with Constantinian or Barthian presuppositions.

There never was only one interpretation of church and gospel until Nicea; and to equate Nicea with the guidance of the Holy Spirit is not only heresy, it is also blasphemy. Diversity, freedom and the necessity of on-going reformation are essential to the Reformation and non-conformist tradition. Since Constantine, uniformity, authority and institutional bureaucracy have been the defining marks of orthodoxy, and are alive and well in the Uniting Church.

It would seem that the Uniting Church has left it too late to reclaim its heritage, especially its Congregational heritage which regrettably was never understood by the other two partners, and has been completely lost in the Uniting Church. But if our church is to have a future it needs to move on from the Basis of Union as para 11 of the Basis encourages it to do.

While the Uniting Church in Australia has many strengths that flow from its greater size and resources, it has failed entirely in its reforming function that its three former denominations once represented in the life of the church at large and the community in which it lives.

Non-conformity is now dead in Australia, and the Uniting Church is moving rapidly towards the same fate.