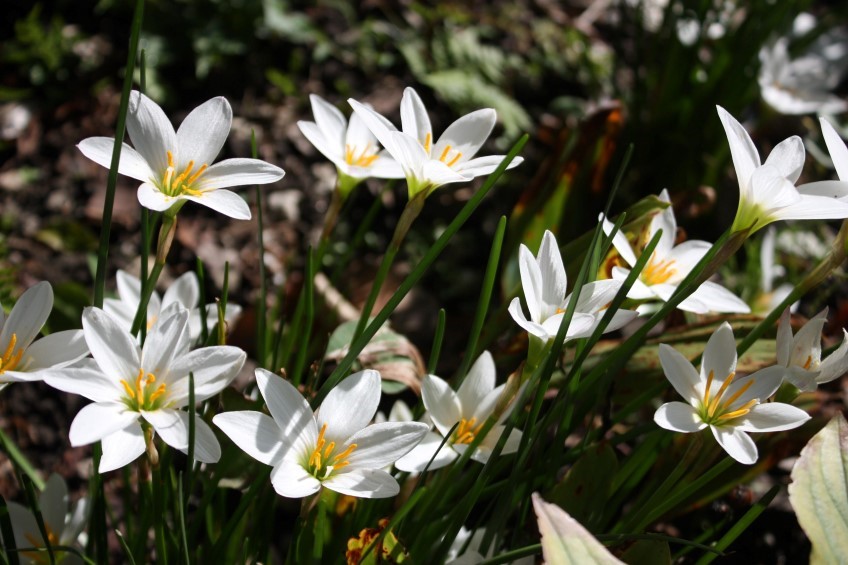 I was out in the front garden the other day weeding my row of Autumn crocuses which make an impressive display when they all blossom at once after a good shower or rain.

A woman passed by on the footpath and, as happens, one exchanges greetings. She was impressed by the crocuses and asked to have a close look. I had, regrettably, been a bit too vigorous with the weed pulling and yanked up one of the crocuses, bulb, roots and all. I offered this to my new friend, indeed offered her a whole spadeful of bulbs of the easily grown plant. Jenny (let’s call her that) took the single bulb saying that this would do for now and she had some potting mix just ready for it.

We carried on talking and discovered that we shared an acquaintance, a fellow who attended one of the local Uniting Churches. Jenny who knew this person fairly well and the interests he had in the activities of his congregation, perhaps assumed that he and I might have common perspectives and said, “You are involved with Emmaus?”

Now although I do not shy away from talking about my personal philosophy of life and its linkages to Christianity I am all too careful about coming across as preachy, dogmatic, or even “bible-bashing”.

On impulse my reply was, “Oh, I am aware of Emmaus but I am into “progressive” Christianity”.

At this point Jenny was turning away, about to resume her evening exercise.

She halted, turned back and asked “ ”Progressive” Christianity? What’s that?”

As you can imagine I could easily have used this as a licence to waffle on. It can be difficult to encapsulate “progressive” Christianity in a sentence or two.

I simply replied though, “It’s the Jesus Way with the supernatural removed”.

“How can you remove the supernatural from Jesus?” was her next question.

Anyway, this went on to an extended conversation which at one point led to Jenny remarking, “I visited the Vatican once and I was not impressed. What would Jesus have thought of all that pomp and wealth? I felt nearer to the gospel when visiting the catacombs and the history that they represented.”

As our chat drew to an end Jenny noted. “You can disregard all those rules in the Old Testament. The New Testament gives us only two rules to live by.”

At that Jenny turned again and went on her way.

The moral of this story is that there may be many people, such as those who marked “no religion” in the recent census, who are willing to talk about issues of faith and their philosophy life but do not readily do so. In some less direct way they need to be invited. Assuming that we see promotion of the Jesus Way as being a path to a better world let’s not be afraid to share and practise our philosophy. The key though is to acknowledge that whatever view of life is held by those we chat with, it is valid for them and we would be wise to recognise that as such.

1 thought on “Street Talk about Faith”